Unit 11 What Time Did You Go Shopping? 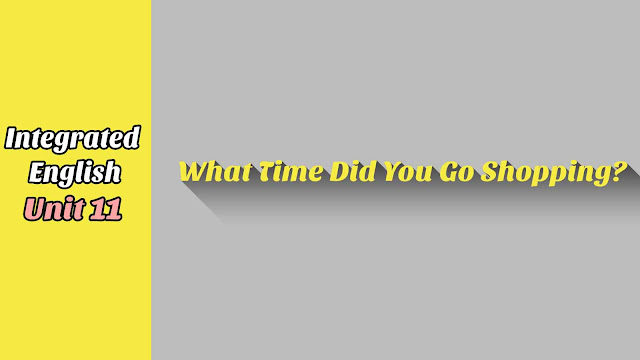 a. Read the following text (including the detective's questions) and fill in the blanks with a past form of to be (was, were, wasn't or weren't).


b. Read the following text and fill in the blanks with the past form of the verb given.

Write the following verbs verb phrases in their past forms.

Work in pairs. Student A writes questions about student B's activity yesterday based on the pictures and student B answers the questions in complete sentences. Do as the examples.