Unit 12 Did You Have A Nice Vacation? 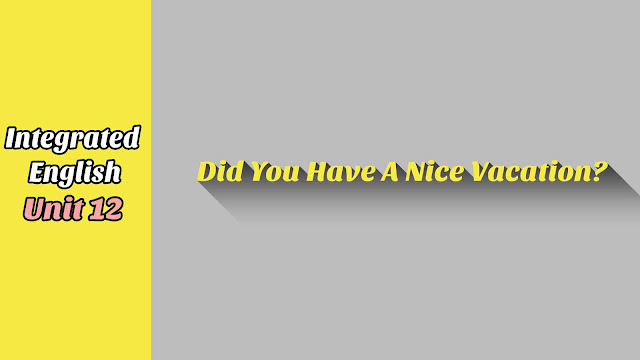 b. IJnderline the correct verb form in each of these sentences.

c. Fill jn the blanks with the correct forms of verbs given.


d. Choose the correct form of "to be" in present tense or past tense,

Example: My dog _(be) is sick today. (present tense)
My dog (be) was sick last night. (past tense)

e. Complete the following sentences with the verbs in the negative form.

Remember to use the correct verb form. Each word/ phrase can only be used once.
e.g. Liz eats an apple under a tree on Sundays.